The historical record on the nation’s first Thanksgiving indicates a menu heavy on waterfowl. It is also possible shellfish and eel graced the table. When 2018 celebrations kick off this week, it is unlikely most families will be dining on food with such close ties to the water. However, with the examples below, people can still give some credit to water, and water research, when expressing their gratitude. 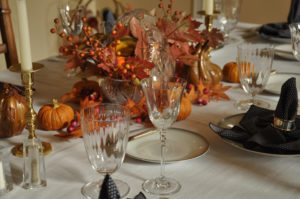 The Water Resources Institute and Sea Grant funded 55 research education and outreach projects in 2018. Three to highlight are:

A duo of UW-Milwaukee researchers are looking at concentrations of and types of arsenic in Wisconsin’s groundwater. One thing they know going in—arsenic is widespread. This naturally occurring element is found in a quarter of the more than 800,000 private wells across the state. By better understanding the type of arsenic contaminating wells in a certain region, they can identify the most effective ways to treat it. In high enough concentrations, arsenic can be harmful to human health. 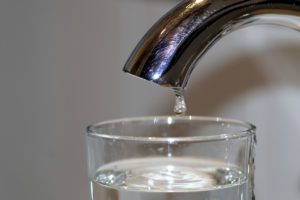 Americans import more than 90 percent of the seafood that ends up on their dinner plates, sending hard-earned dollars abroad. Fish-rearing innovations supported, in part, by advice and assistance from Sea Grant and the Northern Aquaculture Demonstration Facility of the University of Wisconsin-Stevens Point now mean tasty, healthy salmon is being raised in the dairy state. Superior Fresh invested more than $20 million into a state-of–the art aquaculture facility growing the Atlantic-native fish indoors. The business is keeping dollars at home and providing up to 50 jobs. The facility and the private business also recently were awarded a federal grant totaling nearly $800,000 for three years to work on refining the fish-rearing techniques.

2018 saw flooding in virtually every corner of Wisconsin. Damage estimates top $230 million. In urban areas, green infrastructure can reduce the effects of rushing and polluted stormwater by mimicking the natural capacities of soil and vegetation. However, in many communities, green infrastructure practices are discouraged or even outright prohibited by outdated, poorly worded or ambiguous local ordinances. Sea Grant created a guidebook to overcome those challenges, and provides hands-on consultation to implement the changes that can prevent flood damage and save money.

To learn more about other work funded in 2018, visit wri.wisc.edu and seagrant.wisc.edu