A comprehensive guide to an intriguing subject, this series provides an in-depth primer for anyone interested in aquaculture. 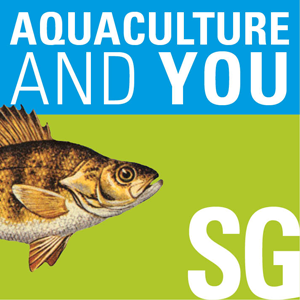 The Roots of a Crisis

Playlist for: Aquaculture and You

test audio This podcast introduces the broad subject of raising fish for food, explaining why aquaculture is so important for the future of America's food supply, and why learning about aquaculture is so empowering. The early origins of aquaculture are revealed, with a review of ancient aquacultural practices in China, Rome, and medieval Europe. The first scientific approaches to aquaculture are discussed, leading up to the start of the Industrial Revolution.

This podcast looks at the impact of the Industrial Revolution on commercial fishing, and how the technological advances of the 19th century began to stress wild fish populations. This led to the development of fish hatcheries and a renewed interest in the propagation of fish. The origins of marine science and fisheries management are covered up to the mid-20th century, and the episode shows how all these things influenced the development of today's aquaculture.

This episode picks up in the 1950s and 1960s when new technologies made the practice of fish farming much more practical. The podcast explains the launching of the "Blue Revolution" that was intended to do for fish farming what the "Green Revolution" had done for agriculture. The key technological developments are explained, the first attempts at a second major wave of international aquaculture are chronicled, in particular, the founding of Sea Grant.